Ethereum and Ripple are exploding higher thanks to the growing interest in cryptocurrencies that lifted Bitcoin above $18,000

Ethereum and Ripple are soaring, echoing the powerful rally in Bitcoin, as mass interest in cryptocurrencies picks up steam. 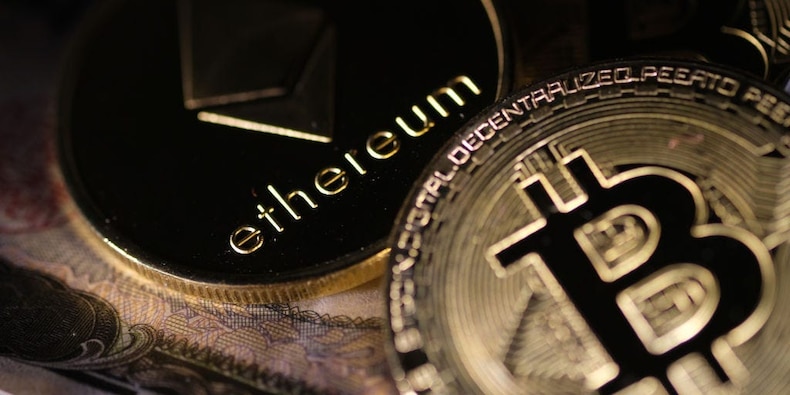 Bitcoin's growing reputation as an inflation hedge is boosting the price of other cryptocurrencies. Ethereum, the second-largest cryptocurrency platform in the world, rose by more than 6% to $597 on Monday, its highest since mid 2018.

Ethereum is still well below its all-time high of about $1,500 recorded in January 2018, but its price has increased four-fold since March 2020, when the pandemic brought global money markets to a grinding halt. Smaller rival Ripple's price has doubled in the month of November alone.

The sudden price surge could be explained in large part because of Bitcoin's massive rally this year. The digital token is up 160% on the year and was trading around $18,632 on Monday, near three-year highs. 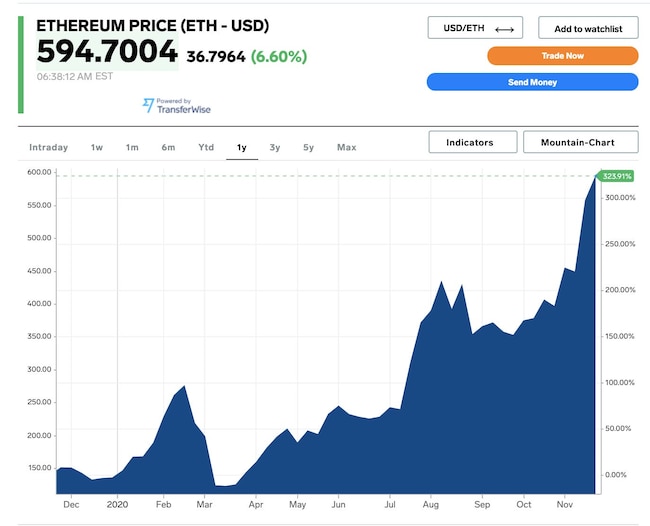 While both crypto assets have risen massively in price, their market capitalization is still dwarfed by Bitcoin. Ethereum represents about $40.6 billion in market cap, Ripple stands at about $48.5 billion, while Bitcoin touched an all-time high of $336 billion last week.

Michael Sonnenshein, managing director of the world's biggest crypto fund Grayscale Investments, told Business Insider last week that he believes Bitcoin is the next step in the evolution of money.

As the pandemic continues to quarantine huge swathes of the global population, people are spending more time online, and they're probably getting more interested in cryptocurrencies like Ethereum, Bernard Meyer, senior researcher at CyberNews.com, said.

"But because it's all so technical, they're probably investing in these cryptocurrencies without really being certain of what they're doing – which can lead to a lot of mistakes and money lost," he said.

In the past, a number of high-profile hacking and security breaches resulted in millions of dollars' worth of bitcoin and other cryptocurrencies being stolen on various platforms. While security across the major trading platforms has tightened up, would-be Ethereum buyers need to make sure they are familiar with their token's smart contract - a form of account on the Ethereum blockchain that can send transactions across the network.

"If they're on Ethereum, they'll be using what's known as a smart contract to sort of automate the process of sending and receiving payments for users. But these smart contracts can have some big security holes in them," Meyer said.

Investors need to check the type of smart contract they're using and whether it has been audited and verified, to limit the chances of something going wrong.