Do you know crypto’s wealthiest investors and entrepreneurs as well as how they make their money? We’ll reveal 5 who made it to the list. Cryptocurrency is a lucrative and growing industry that has created many billionaires that were not part of the traditional financial system nor are they money managers. They made it into the Forbes 400 list from investments in cryptocurrency or involvement in different sorts of crypto-related business in the past decade. While the industry can get turbulent and wild, these individuals have successfully used their capital investment to make a fortune with cryptocurrency.

Micree Zhan founded Bitmain in 2013 with his business partner, Wu Jihan, which then became the world’s largest cryptocurrency mining company. The two co-founders lead the company for many years and Zhan owns 37% of Bitmain’s share making him the largest shareholder of the company before getting ousted in 2019 over controversial circumstances.

In June 2020 however, Zhan was allowed to return to power after a court ruling that favoured him while his partner, Wu announced departure from the company. Micree is named as one of the self-made billionaires aged 40 or younger by Bloomberg. Chris Larsen is a high-profile entrepreneur that is known to back up technology winners, including the first P-2-P lender in the United States. Other than being the co-founder of Ripple, and several technology startups, including peer-to-peer loans startups, Larsen also facilitated cryptocurrency use for major banks through blockchain technology.

Larsen's sudden wealth surge has to do with the growing popularity of XRP, Ripple’s currency that has resulted in a full-year return rate of 36018% in 2017. Even though XRP has fallen by 65% in 2020 and Larsen is currently undergoing a lawsuit that claimed Ripple sold XRP to the public in an unregistered securities offering, he remains as one of the most influential, top 10 crypto rich. 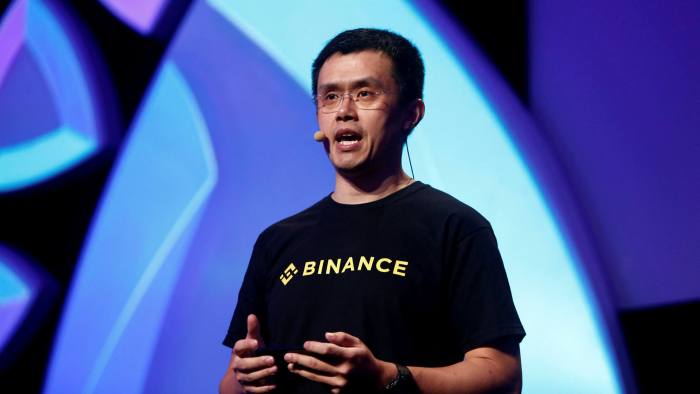 Changpeng Zhao, also known as ‘CZ’ to his friends and followers is the founder of the world’s largest cryptocurrency exchange, Binance. Zhao previously served as the Chief Technology Officer in OKCoin before starting a business of his own. The company raised $15 million in funding during an initial offering in 2018 and now, has around six million international users. Binance has also recently launched their own token Binance Coin (BNB) that runs on the Ethereum blockchain. In 2018, he was named the third richest people in cryptocurrency by Forbes. Cameron and Tyler Winklevoss are one of the richest cryptocurrency investors in the world. In fact, they once owned around 1% of the total Bitcoins on the market.

The former Olympic Games’ rowers are often remembered for suing Mark Zuckerberg, claiming that Facebook copied their HavardConnection (now ConnectU) idea and the lawsuit lasted for several years. After securing $65 million from the lawsuit, the Winklevoss brothers purchased 120,000 bitcoins, which have now put their crypto-wealth at more than $1 billion. In 2015, they established their cryptocurrency exchange, Gemini and became the first group of institutions to obtain the official license to issue stablecoins. Brian Armstrong co-founded Coinbase, the largest cryptocurrency exchange in the United States. Before that, he used to work as a developer in IBM and a software engineer for Airbnb. Coinbase now has over 10 million users across 32 countries and is expected to go public in 2021. Armstong strongly believes that privacy-focused cryptocurrency (also known as anoncoins) will become mainstream in the next 20 years.

Indeed, to have an entire industry built around cryptocurrencies very much means that in the foreseeable future, there will be even more super-wealthy flourish from building crypto-related startups and investing in the crypto ecosystem. When it comes to starting your crypto journey, Altimates offers 24/7 support for the best trading experience.

Why Is Arbitrage Known As The Most Stable Passive Income?

After GME, Dogecoin and Bitcoin, Chinese Traders Are Betting What Will...